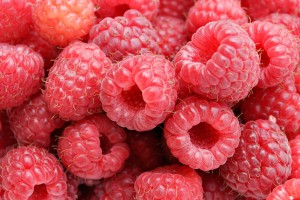 The best fresh raspberries, the most juicy and sweet, are cooked with the addition of sugar cane to obtain this particular jam.

The method used is the classic method used since ancient times for the preservation of fruit. The fruit after being carefully washed and clean are simply cookedin a pot with the addition of sugar cane.

We get a product that enhances the flavor of the fruit and the artisan characteristics that only our mothers can match.

All this is proved by the quantity of fruit used; for the production of 100 grams of jam are used 170 grams of juicy fresh raspberries.

It is exceptional the pairing on freshly baked bread, with fresh butter.
It is also a rich and healthy breakfast or snack fine! 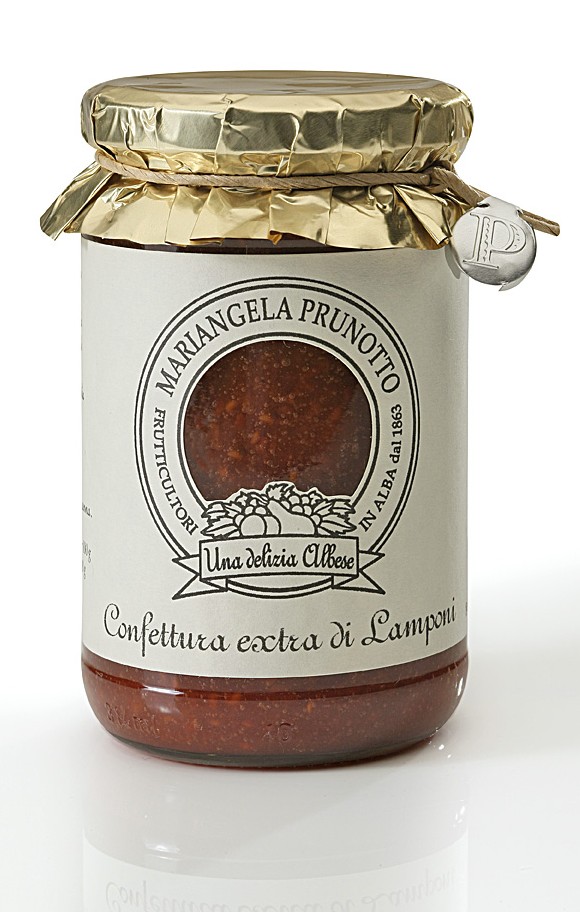 The raspberry is beginning to be cultivated in the Mediterranean areas, specifically in Italy and Greece in the sixteenth century.
It is originating in continental Europe and Asia Minor and is cultivated mainly in North America, Northern Italy, Switzerland, Germany, France and Scotland.
It ‘a bushy plant, consisting of several two-year shoots that arise from the roots. The suckers are up to 2 meters long and entirely covered with thorns.

The leaves are deciduous, consisting of 3-5 oval leaflets, dark green and serrated edge. The flowers are grouped in clusters taken from flowering buds.

They have a big cup, five sepals and five small white petals, flowering occurs stepwise in the period from mid-May to mid June.

The shape of the fruit varies from round to conical, more or less elongated. The color varies from pale pink to ruby, almost purple to deep red.

The raspberries are rich in vitamin C, calcium, phosphorus and carotene.

The raspberry, in the past, it was recommended to women who were expecting a child because it was thought that the intake of this fruit scongiurasse the risk of miscarriage.

All the production process is done manually according to the old country tradition of home production. The fruit in copious quantities in the summer was turned into a jam before being consumed in the winter.

The method used is the classic method used since ancient times for the preservation of fruit. The fruit after being thoroughly cleaned and washed are simply cooked in a pot with the addition of sugar cane.