We follow the flowering of Chestnut (Castanea sativa), particularly in the flourishing and partly in the Langhe and Roero hill, to allow friends to produce this particular honey bees.

Chestnut honey has very specific characteristics and properties. It ‘s dark in color, has a pungent odor and taste very bitter and that is why he is loved by an increasingly larger number of people. Chestnut honey may have a lighter color if the prevalence of nectar, a higher moisture content and odor and flavor more pronounced, and where the honeydew is present in considerable quantity, the color is darker, the lower water content, odor and aroma are less pungent and the taste is less bitter.

The color is dark amber and the crystallization is absent or very slow.

It has a characteristic strong smell of undergrowth. The flavor is intense, with a slightly bitter aftertaste.

Precisely because of this feature is normally paired with cheeses. 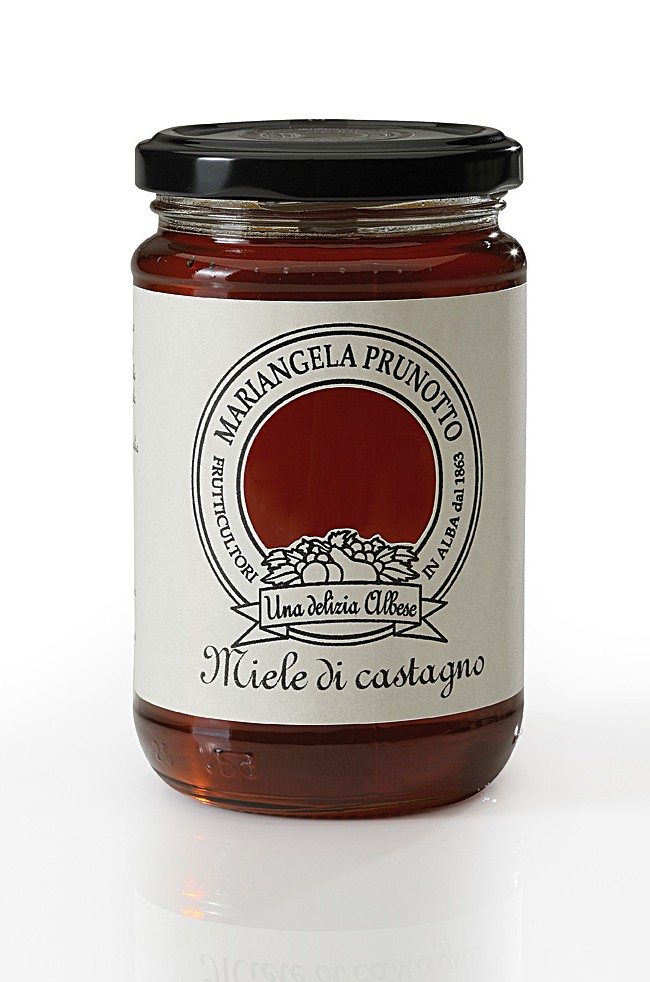 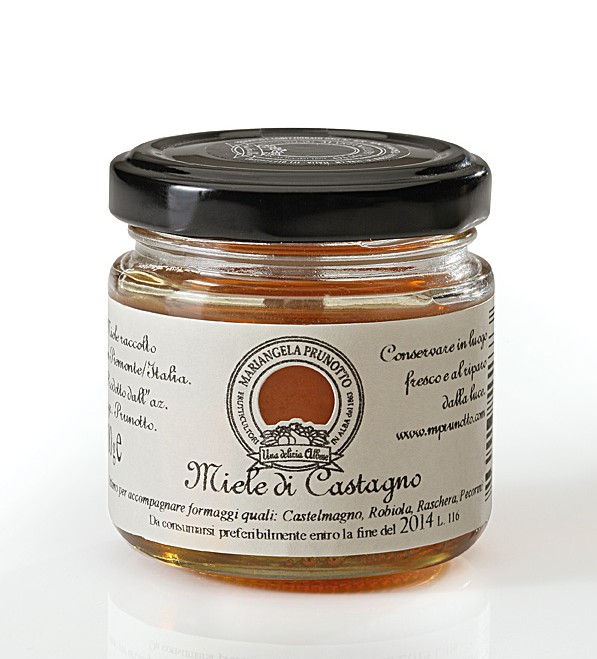